I run a Reddit bot that identifies duplicate submissions, and a companion reverse image search engine.

Right now, the bot is active on meme subreddits, but I built a generalized pipeline to mine new Reddit submissions.

I decided to track a few other subreddits a few months ago. I wanted to mine contentious subreddits, especially those with identified bot activity.

I settled on mining r/news, r/politics, r/The_Donald and a few others.

It seemed like one day in October, people were suddenly talking about the “caravan”. 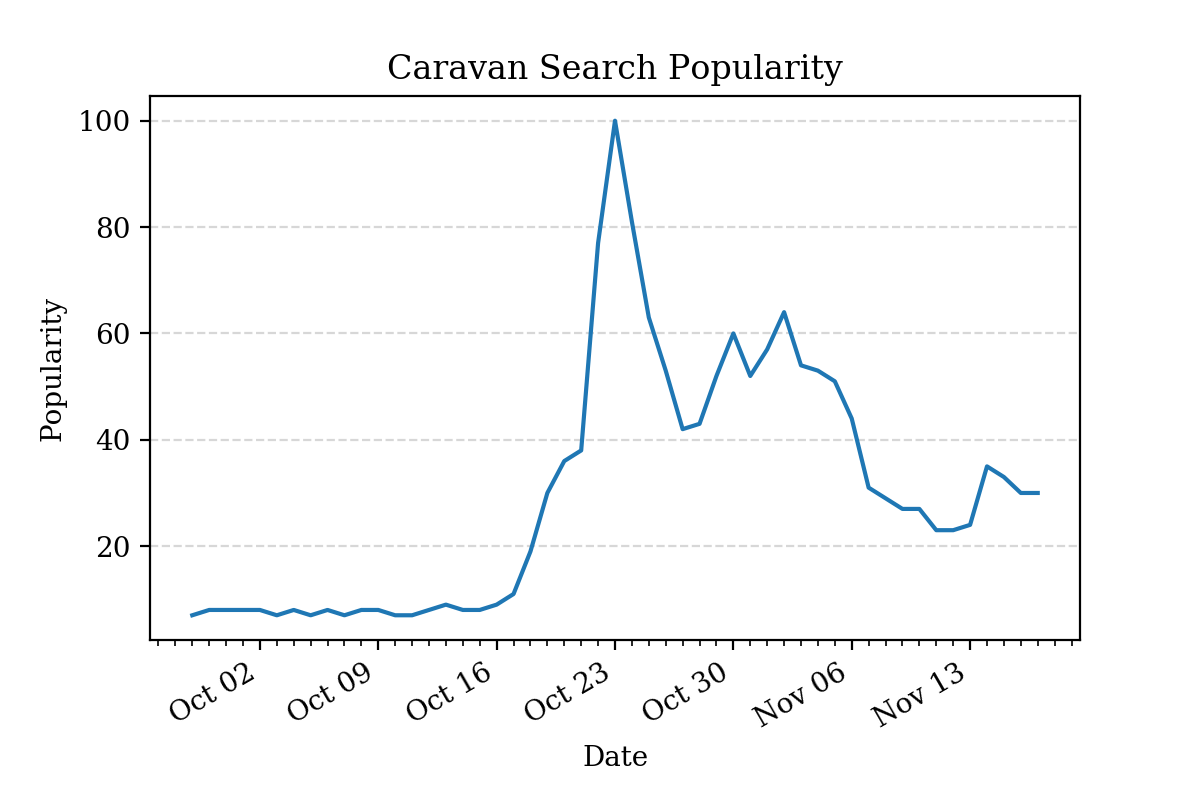 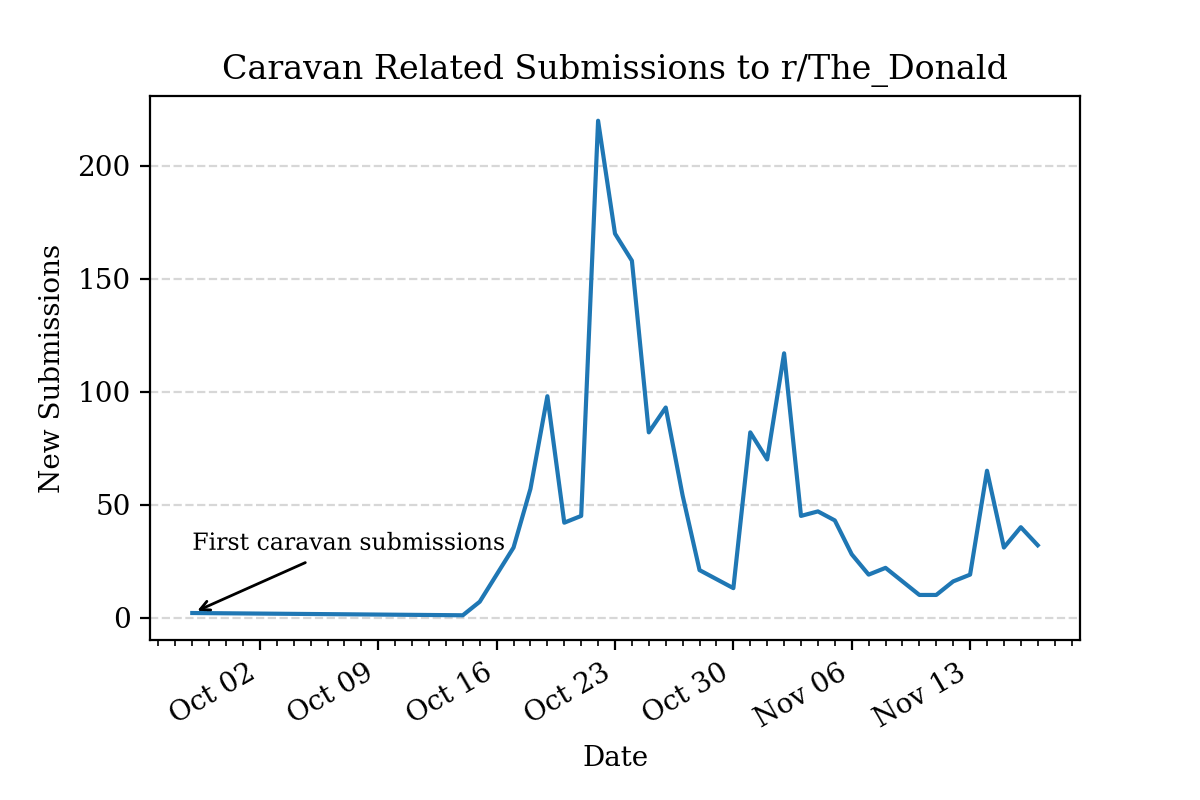 The popularity of the “caravan” grew after Fox News covered stories that used the term over a couple of days. Before that, a few other sources used the term throughout the end of September and the beginning of October.

The term exploded after the President, via Twitter, warned Honduras that US aid would stop if the “caravan” didn’t turn around.

Over the next two weeks, the President tweeted about the “caravan” 9 times, including posting an attack ad focusing on immigration that included footage of the migrants. 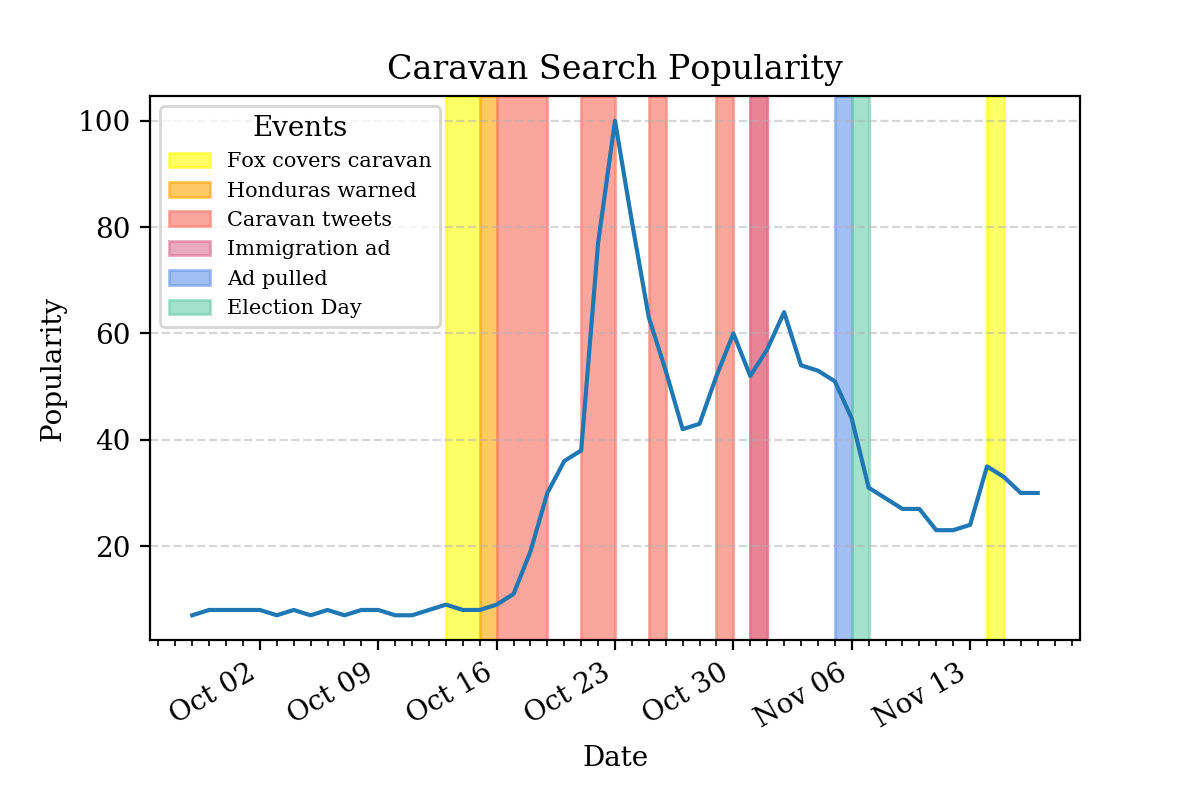 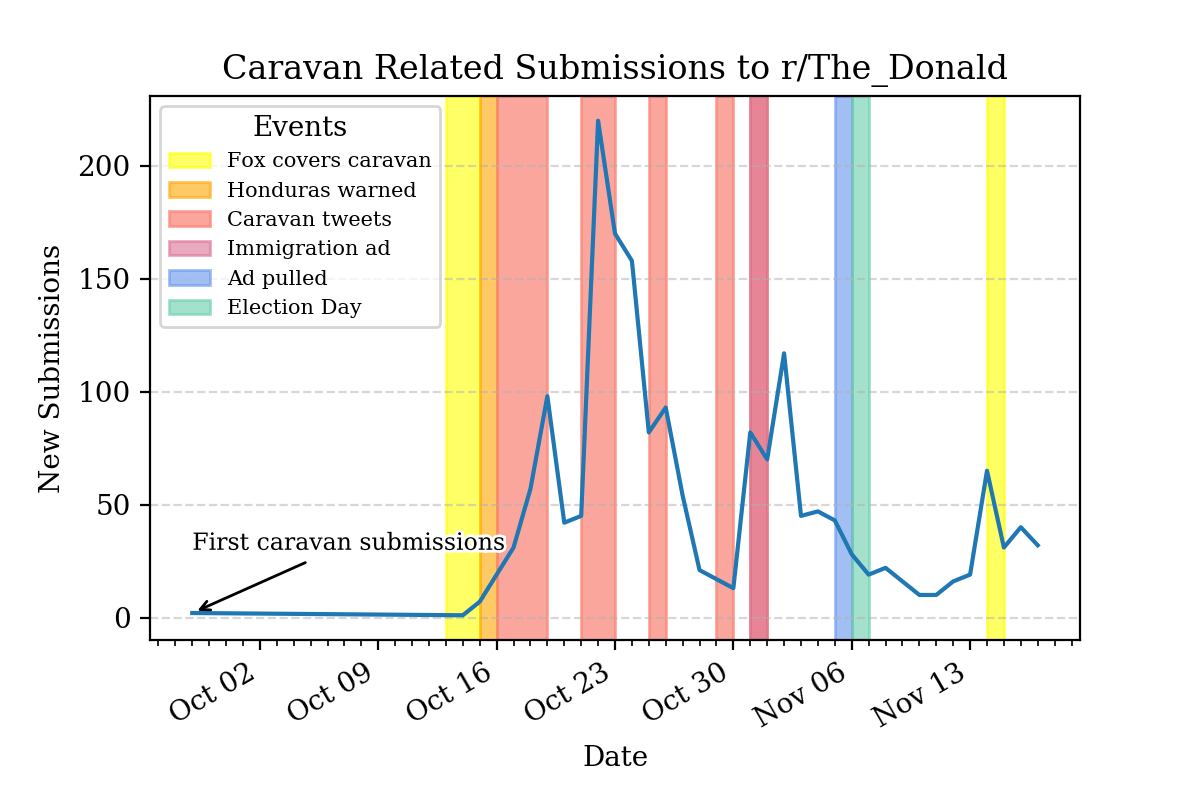 Let’s see how those trends compare to a related term and the overall new submission trend on r/The_Donald. 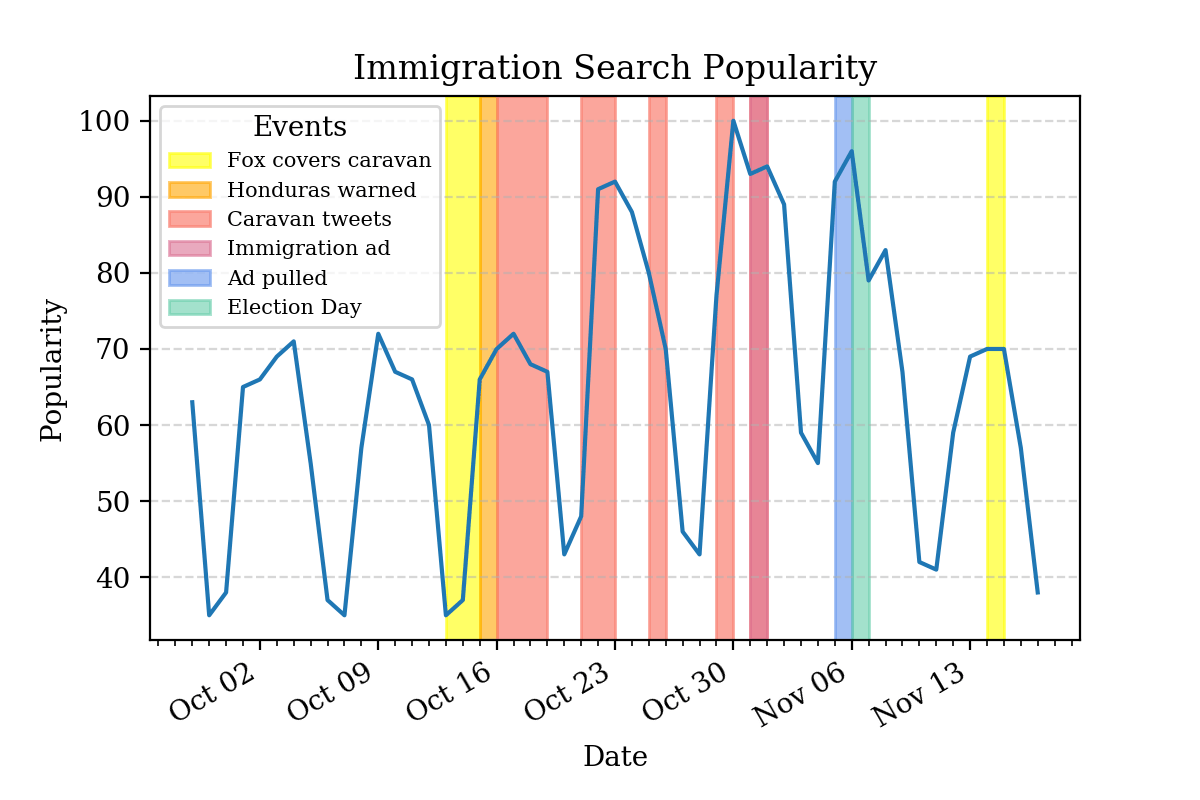 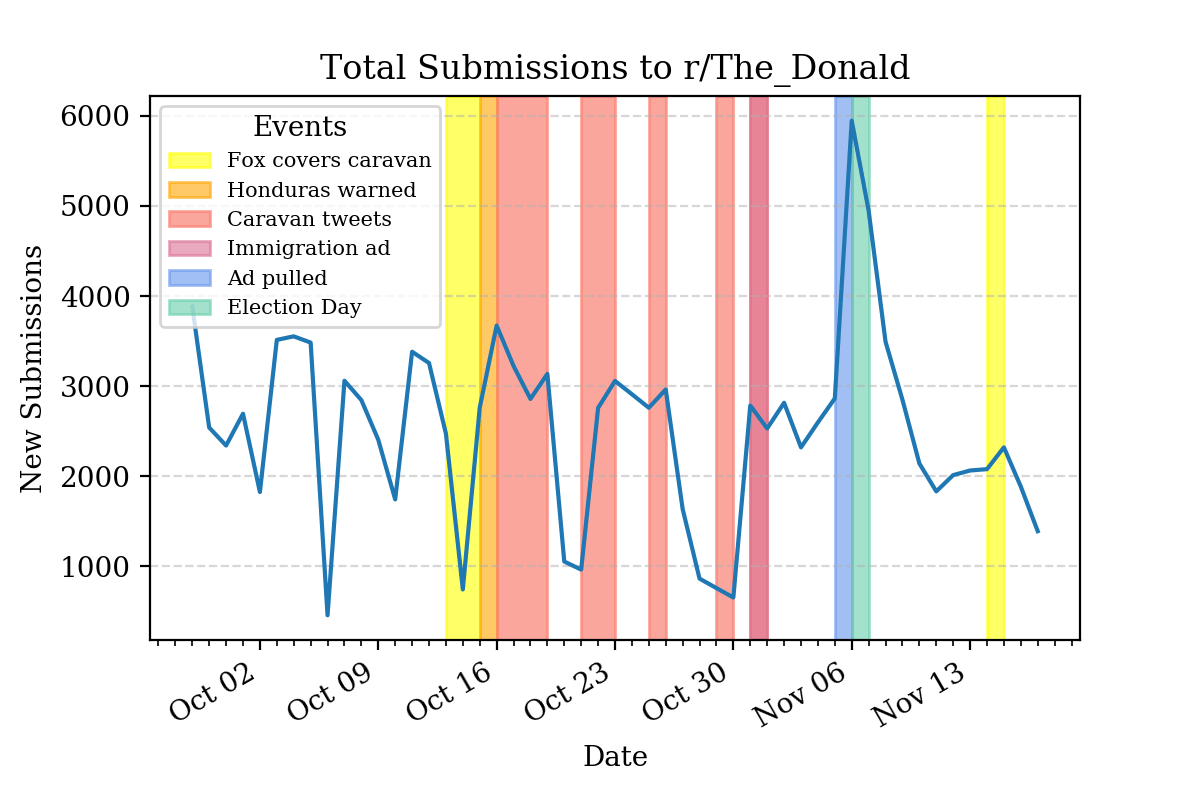 The larger the text is in the image below, the more often the term was used in submissions to r/The_Donald. 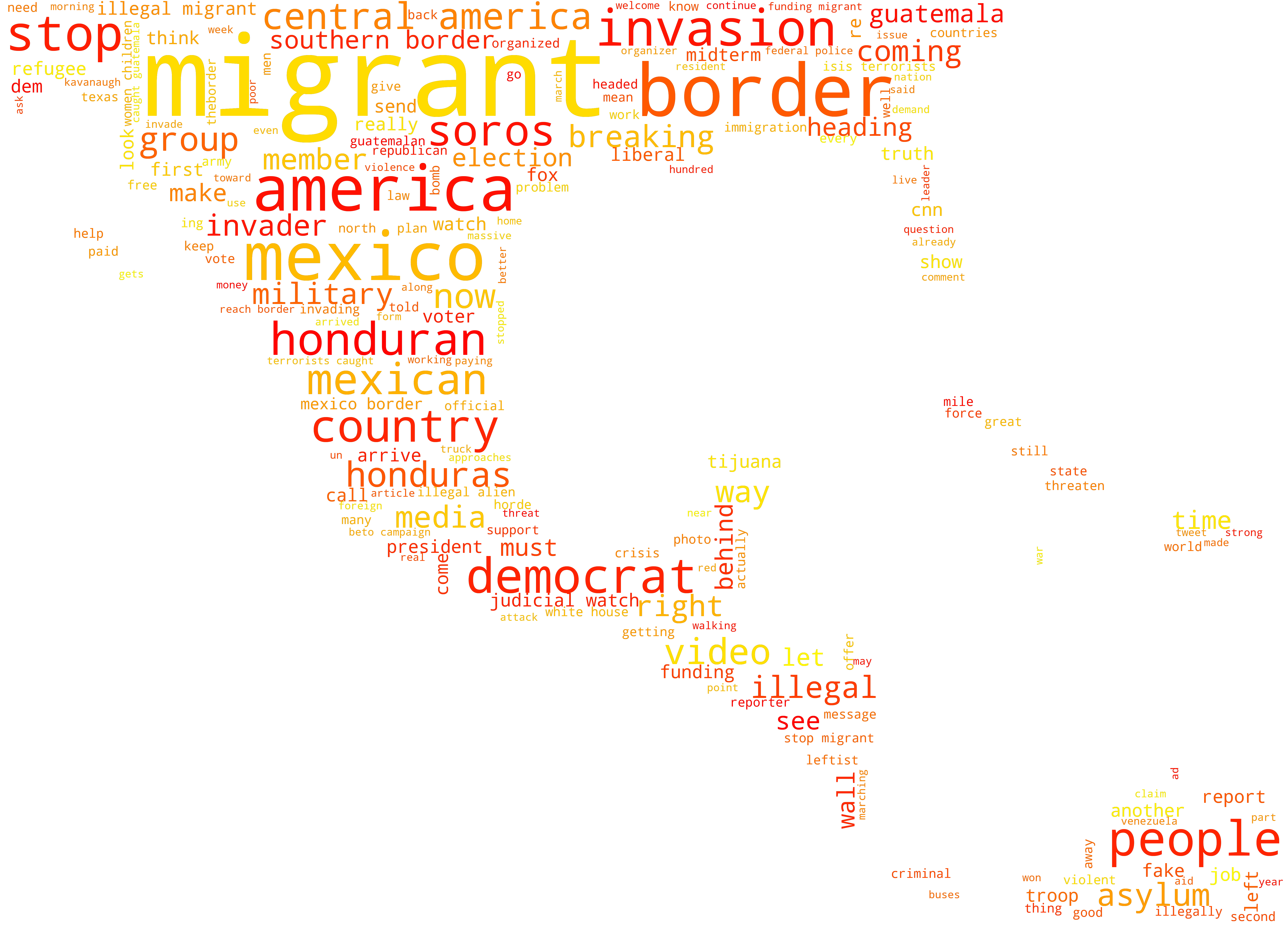 The top 14% of submitters that posted about this topic were responsible for exactly half of caravan-related submissions during the time period examined in the images above.

45 of the top 50 submitters that posted submissions related to this topic were also within the top 150 submitters to r/The_Donald during that time.